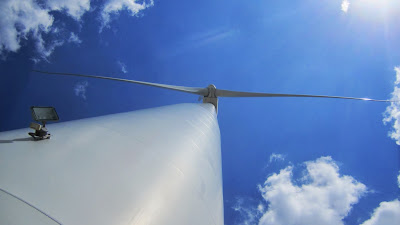 Update: A number of things conspired to make the show in Atlantic City a no-go, but the good news is that, in the process of preparing, we discovered a hidden gem of a theater right in Princeton, where we will perform Jan. 18. Thanks to Citizens Climate Lobby for leading us to the Fahs Theater.

We'll be taking a look at that big gamble in the sky as the Climate Cabaret heads to Atlantic City to perform for the Citizens Climate Lobby. We'll play some sustainable jazz, sing some climate-adapted standards like My Climate Valentine. Titania will deliver her prescient forebodings from 1595 about a "distemperature" that is our doing. The Tense Family will argue over whether the future is imperative or conditional. And, just in case you missed it on the radio, King George VI may even show up to rally us to a great calling.

The date for our show is Saturday evening, January 26, at the Claridge Hotel.

Attendees can register for one day or all three.
Early bird registration available through December 30th ($95), Students 50% off all tickets

Thanks to our local chapter of the Citizens Climate Lobby, led by Callie Hancock, for making this national organization aware of the Climate Cabaret's theatrical take on climate change.
Posted by Steve Hiltner at 12:54 PM No comments: