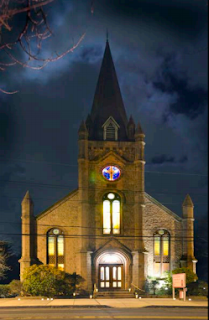 This beautiful building in Ewing was poised for the wrecking ball before a nonprofit swooped in to save and restore it. Now our Climate Cabaret will be performing there this Friday, July 21, with theater sketches and music about another sanctuary, spaceship earth, that also needs some TLC.

The music mixes original jazz with well-known songs recast to make them climate-relevant, as with John Denver's "Country Roads", which in the video below becomes "Let the Sun Take Us Home". The new lyrics were inspired by testimonials from friends about how much they like their electric cars, like the Chevy Volt and Bolt.

In the theater sketches, a guy breaks up with his car, a woman falls for a renaissance atom called Carbon, who turns out to be carrying some baggage (Carbon Dating), and a suburban lawn seeks therapy for feelings of emptiness (Turf Therapy). 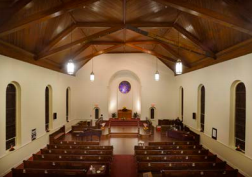 Join us in this beautiful space for a show about a beautiful planet. 101 Scotch Rd in Ewing, parking across the street.