Contributing to The One-Minute Play Festival 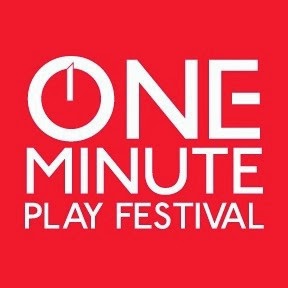 In 2014 and 2015, I was asked to contribute plays to New Jersey's annual One-Minute Play Festival. Six different directors, each with six actors, converge to bring fifty plays to life with just seconds inbetween.

An online video documents the January 19, 2014 performance at Passage Theatre in Trenton. The show's intro starts at minute 12:10 on the video. My two plays are at 40:40 (When Time Went On Forever) with actors Steve Caputi and Susan Gaissert, directed by Steve Gaissert, and at 58:00 (Stronger Than the Storm?) with actors Amy Crossman and Scott Brieden, directed by Artem Yatsunov. Other plays before and after the "Stronger than the storm?" also explore NJ's response to Hurricane Sandy, including a piece by Clare Drobot that asks the question, "How can you be stronger than an inanimate force of nature?"

The 2015 festival doesn't appear to have been archived online, but was performed May 3 and 4 at Luna Stage in West Orange, NJ. My two pieces, "One Day Stand" (about planting a raingarden) and "The Economy Gets Hers", were directed by Steve Gaissert.

According to the 1MPF's website, "The One-­Minute Play Festival (#1MPF) is a NYC-­‐based theatre company, founded by producing artistic director Dominic D’Andrea, and is America’s largest and longest running short form theatre company. #1MPF is a barometer project, which investigates the zeitgeist of different communities through dialogue and consensus building sessions and a performance of many moments."

Twenty cities now have One-Minute play festivals, with each one drawing from its own region's playwrights, directors and actors.
Posted by Stephen Hiltner at 2:40 PM